Chapter Overview and Selected Quotes likely to be used

"I took your advice and asked our CEO and a few Board Members to become Executive Sponsors on the pilot launch you helped us with.   I think it really helped.  For the 90-days of the test, they took the team out to dinner two times and listened to what they had to say and it not only showed the pilot groups how important it was to the company, I think it helped the Board understand what we were doing and what the investment, which was significant was all about.  The reality is, that's a big part of it.  When the CEO is on board and starts plugging into the project it has a big impact on everyone.  That was a great step we hadn't thought of."

A test like this where you are trying to ignite a fundamental cultural shift is threatening not only to the pilot test participants but to other areas of the company.  It can really help to select good Executive Sponsors to attach to the project.  These Sponsors can observe more closely, help identify barriers and participate in various events that show the Pilot Group how important the success of the project is.  A lot of pilot projects don't get off the ground simply because they get forgotten and neglected.   Attention by the right people can generate a lot of enthusiasm, motivation and ACCOUNTABILITY.

“Looking back over the last year, I can honestly say we were simply not focused on the right priorities before we started this sales transformation project with Dycoco.  We were way to focused on technology, were not coaching our sales people, were not training our coaches or sales trainers and we certainly weren't leading in a way that energized the team.  A lot has changed.  Our Managers are excited again, we're closing deals faster with less cost and the most exciting thing is we're attracting a much higher quality new  hire than we ever used to.  We had a lot to learn.”

One question I get asked a lot is, how to get started in terms of building a strong, results-oriented sales culture that has Sales Managers that really coach?   This is not an easy thing to do and many companies  make the mistake of trying to change the whole sales organization BEFORE they have created a strong sales culture in a small test area with more focused resources.   More often than not, a focused pilot group with intense training, follow-up and coaching is the way to go.  Get that team really firing so they can serve as a guiding light for the rest of the Sales Team in a broader rollout.

Training Sales Managers how to coach is only an element of building a sales coaching culture.  It's just as important, if not more, to follow up that training with rigorous coaching of the coaches!   That's what's usually missing and why so many Sales Executives are frustrated that more coaching isn't happening with their Sales People.  It is essential to first build some successful Sales Coaches that can show other Managers how to do it.  Coaching training is NEVER enough to get the fire really started.

A lot of companies dedicate too much management resources toward performance management and pipeline analysis and far too little toward sales training and coaching.   The truth is, the two best tools you have to build a powerful sales and coaching culture are training and coaching.  If you don't have skillful people dedicated to this that stick to it and follow-up, it's unlikely that transformation will happen.  When you have great Training people doing a lot more than just classes, it reduces the problems that generate management expense.   It's also very expensive to always use outside resources for training.

How to do a Pilot Test that WORKS!

Start the pilot where it makes sense from a logistics standpoint

It is important to choose the right Sales Teams to start the pilot with.   Make it as efficient as possible from a resources and travel perspective.  Make it easy for the key people to be where they need to be.  Select pilot teams that will be receptive and hopefully, enthusiastic about the project.  Bringing rigorous sales coaching into a team is a big change and there will be some resistance and growing pains.  The simpler the logistics are in terms of making it as easy and inexpensive as possible to plug key people into, the more likely the pilot will produce desired results.

The purpose of a pilot test is to get real tangible results that can be used to make bigger, broader decisions.  It is impossible to calculate risk and gain without a realistic determination of what results are possible.  The pilot tests I've seen really work always begin with an over allocation of resources from a training and coaching perspective.  Assign talented people to help with the process so that poor execution is not the problem.  Way too many pilots fail not because of the idea or intention, but because of poor, unfocused execution and not putting the key, talented people into the project to give it a good shot at success. 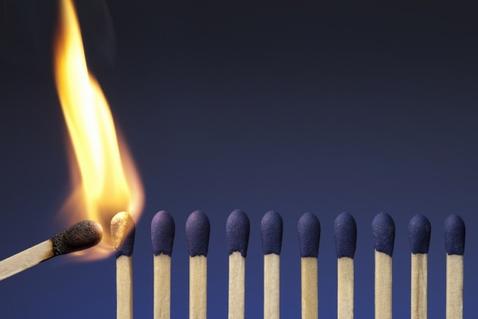 "Our biggest problem when we started our transition to a more coaching style of Sales Management was the tug of war between all the administrative work the Sales Managers had to do and finding time for all the new coaching tasks.  Instead of trying to change that, we took a different approach.  We decided to pair up a Performance Coach with a Skills Coach for two teams.  It didn't increase our  management cost, it just changed the way those two teams were organized.   You guys helped us get the Skills Coach focused on the right things and she dedicated 90% of her time to working on teaching the sales process live and going on calls with our Sales People.   That really worked for us.  I'm not sure if this is right for all companies, but for us, because our Sales Teams are not that spread out, it was easy to do.

Focus on process and results ... move to broader rollout when results are clear

A strong sales culture is characterized by a lot of individual and small group training drills that teach Sales People how to better interact with prospects and customers, how to generate more activity with higher capacity buyers and how to utilize the sales process better.  These activities need to be measured as carefully as the sales numbers.  They need to be reported in a visible way and they need to be recognized and rewarded.

"We have been working on sales coaching for at least five years and have spent a lot of money on it.  I think the mistake we made was spending too much time and money on big training events where we'd bring everyone in to some central location and not nearly enough focus on follow-up after that training.  We expected the Regional VP's to make it happen and that was a big mistake.  They don't know how to do it because they never worked themselves in a strong coaching environment.

When we expanded our thinking about what our Training Resources might be able to do, it opened a lot of new doors for us.  In the past, our Sales Trainers were enthusiastic and knew how to sell, but a lot of them didn't know much about coaching or managing.  We changed that.  We built up the team with some great Sales Coaches so they could work more closely with the field Sales Teams.  This really helped get it going.  We had to change our thinking away from assuming that Sales Trainers spent most of their time in the classroom.  The training you guys at Dycoco gave our Sales Trainers was incredible.  That was the first time they were really challenged and we thought we had given them a lot of training before.  The truth is, your coaching had a much bigger impact on them than we expected."

Build your rollout resources in the Pilot Phase

This is important.  The initial pilot is a great place to build up the people that can help with the broader rollout.  Keep in mind, that a training event is NOT ENOUGH to build a sales coaching culture.  You are going to need talented people to go into the different territories and work directly with those teams for a period of time to get the fire really started.  This is another reason why I'm convinced too many sales organizations do not have a talented enough Sales Training Team with the competencies to go into a region and help demonstrate HOW to coach by example.  The Pilot is a perfect place to build up the skills of high potential Sales Trainers to take their game to the next level beyond training classes.

Outline of Key Points in this chapter:

"We waisted a ton of money and time on Sales Coaching and were kind of in the neglect and forget about it phase.   What we learned from you was that we didn't have a strong enough Training Team to make it happen.  We had brought in a few really good training programs and outside consultants that worked with us for a few weeks and it got started well, but when they left, the enthusiasm really dropped off.   When we built our training team specifically to have the skills and competencies you showed us, it changed everything.  I think we were operating in that lean and mean mentality so long that we lost sight of how critical it is to think of training as much more than occasional annual or quarterly events.  That was an important mental shift for us."